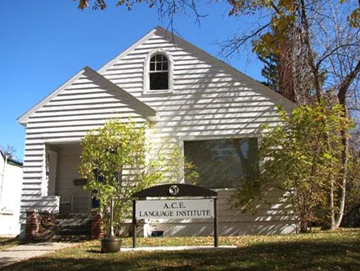 Back in the fall of 1994, A.C.E. opened a new Language Institute in a quaint little old white house on the edge of the Montana State University campus. In our “one-room schoolhouse,” the living room of the house served as a classroom for our 11 students and teacher “offices” for our staff of four.  The kitchen served as our library and copy room. Isabel Childs, from A.C.E. at Pacific Lutheran University, took the reins as director, joining Hobie Hare, Betsy McGee, and me.  Other long-termers at A.C.E. include Ana Valdivia (2000), Matt Rabinsky (2005), and Shannon Mahoney (2005).

MSU was very eager to bring in this new intensive English program to better serve and grow its international student population by being able to provide international students the opportunity to be conditionally admitted to the university. The institute immediately thrived and continued to grow.

Over the years students from at least 55 nations have walked through the doors of the little white house. In the 1990s, we had larger percentages of students from East Asian countries, with Japan in the forefront.  We have served a number of students on U.S. grant-sponsored programs: CAMPUS X/Fulbright (Central American Program for Undergraduate Scholars), UGRAD, IREX, and USAID, and USIA, as well as other government- and business-sponsored students: Qatar University, ARAMCO, BSMP, SACM, NIMS, Zenchiku Ranch, AMIDEAST Plus, CBIE (Canadian Bureau for International Education), Kuwait Cultural Office and Bolashak, as well as students on numerous short-term programs, such as LEAP, TEA, PIE, PUK, KGU, Eiken, and GILI.

As hardy as its rustic, cowboy setting, the institute weathered some difficult and lean times that closed many other intensive English programs across the nation, namely the Asian financial crisis of the late 1990s and time period after the terrorist attacks of September 11, 2001.

Now, as we celebrate our 20th year of being on the MSU campus, we have just closed the doors of the little white house to move to the third floor of the more spacious Culbertson Hall, where we now have seven dedicated classrooms and seven offices to serve our 129 students and 24 staff and faculty members. The MSU Office of International Programs is conveniently located one floor above us, and the Post Office is on the first floor. 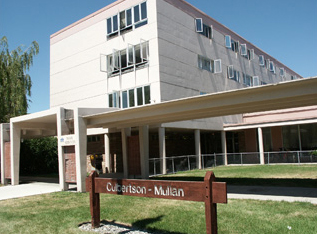 We look forward to the next 20 years!