A Saudi Student’s View on Snow, Sunglasses, and Studying at the A.C.E. Language Institute at Montana State University 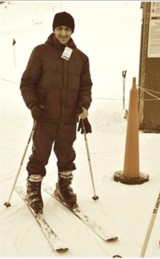 Lift ticket pinned to jacket, Reda is ready for a new kind of winter.

Exactly two years ago in January 2011,  Reda Alqurqoosh felt the 20 degree Celsius air off the tarmac in Saudi Arabia and hours later landed in the 20 degree Fahrenheit winter at the A.C.E. Language Institute at Montana State University. The nearly 50 degree absolute difference was at first a cloud but he quickly found a silver lining.  Bozeman, Montana is Powder Magazine’s Ski Town Throwdown #2 pick in all of North America, and as the weeks and months wore on he explored the slopes in sunglasses to keep the snow glare away.

His first steps academically were small.  He enrolled in A.C.E. Level 2, having “basic English—letters and a low vocabulary. The most difficult thing was getting used to just living every day using English.”  In twleve months he had completed the full course of A.C.E. classes, graduating from Level 6 with full college-level proficiency and matriculating to Montana State University.  On his way to mastery, he said, “It prepared me a lot . . . A.C.E. prepared me to make sentences and use grammar. A.C.E. taught me to give presentations in front of people. But the most important thing was how to write a paper, because almost every class at MSU requires you to write one or two papers.” 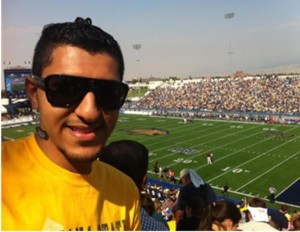 Rooting for the Bobcats in the Montana fall.

During his time at A.C.E., Reda engaged fully in campus life, joining the Associated Students of Montana State University on a hiking trip to nearby Yellowstone Park, and finding outlet for his avid love for soccer on many teams: MSU Club Soccer, the International Soccer Club, and the Adult League Soccer Club.  He even plays when the powder is on the ground in MSU’s indoor facilities.

Now a Computer Engineering major at MSU, Reda found his groove with these new experiences in Montana, but nothing could compare to a major happy milestone last fall.  He and his wife welcomed their first child in Bozeman, and while at first it was challenging raising his daughter in a foreign country, he’s found that the support of the doctors in America has been excellent and both he and his wife are becoming confident parents. 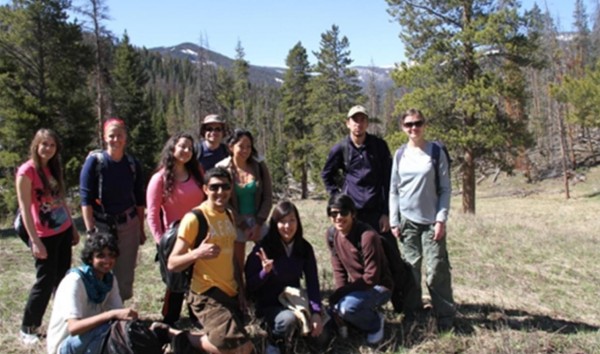 Giving a thumbs up, center in yellow, hitting the trails in a warm summer.